Meanwhile, in an alternate universe… (11) 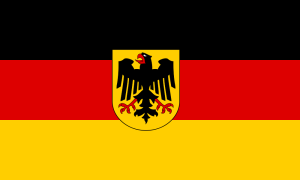 Former East Germany is already formally part of the union of Poland-Lithuania.

Backstory: wait, wut?! The strangest things could’ve  happened when something else didn’t happen. This brainspin would’ve required WWI and WWII but not the separation of Poland-Lithania, complicated stuff and perhaps highly unlikely to have happened at all. On the other hand, who would’ve thought of dividing an entire nation into two like Germany.