Meanwhile, in an alternate universe… (7)

U.S.S.A threatens to close its borders to the U.S.N.A if they try to aid those “damn Canadians”. 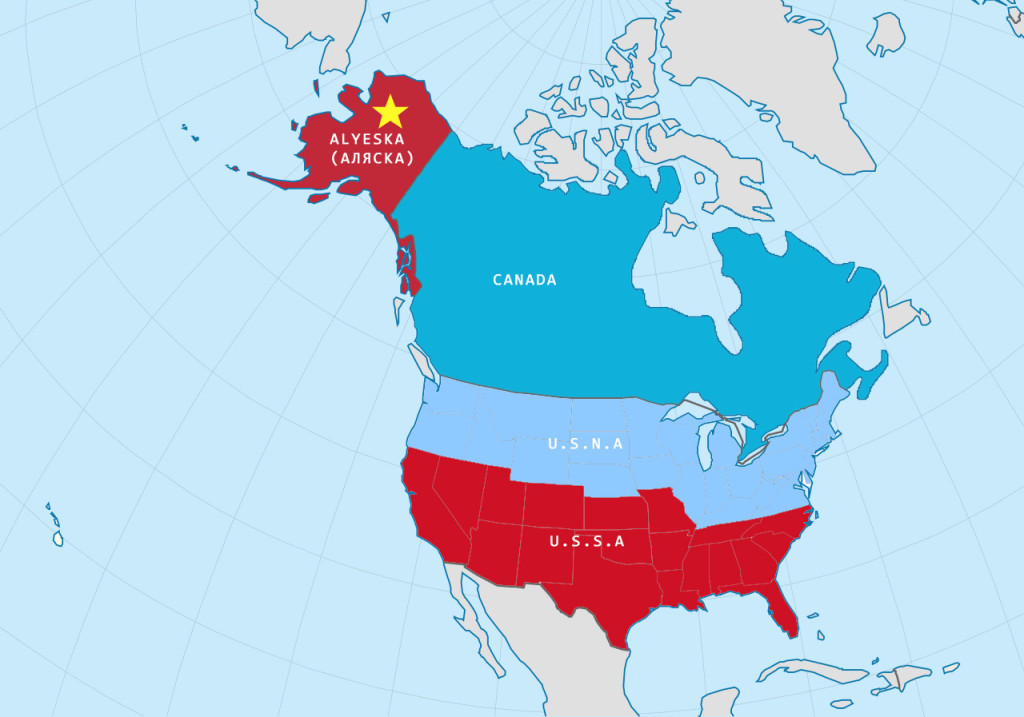 Where to begin?!
Alaska was Russian territory in the past, so I just left that the way it was and kept its old name. And I thought, well maybe the American Civil War would’ve divided the U.S.A. between north and south forgood. Just the smallest change in history could’ve changed the world map.

Oh and by the way: the two world wars are non-existing in my made up alternate universe because the assassination of archduke Franz Ferdinand of Austria never took place.  His assassination was a major trigger for World War I and World War II was a direct result of World War I. That means Albert Einstein never stayed in the U.S. and Werner von Braun never worked for the U.S. Department of Defense. Just imagine how many changes that would’ve caused to world history.

Uh oh, got a bit carried away there, gotta save this for my other posts!