Meanwhile, in an alternate universe… (8)

Apollo XXVII has sent the last habitat module to the moon completing a 46-year mission the shuttle landed safely at Edwards Airforce Base.

Senator Armstrong awarded the mission commander Ronald McNair for this achievement, also McNair is the oldest commander in history at 64 years old. He will retire now. 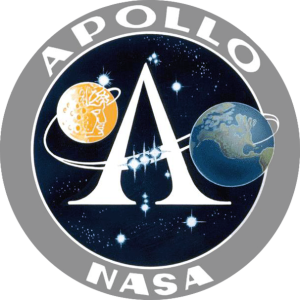 The original intention of the lunar missions was not only to reach the moon and leave it there. The moon was supposed to be the stepping stone towards Mars. Ofcourse none of that happened at all but if it did…
I’ve made Neil Armstrong a senator because this often happens 😛
Also, I’ve made Ronald McNair mission commander. I’d like to speculate that the Challenger disaster probably wouldn’t have happened for a few reasons: for example, budget wouldn’t have been an issue and thus the rush of a launch is highly unlikely and the fact that the Shuttle Program started earlier and on schedule would probably not lead to the disaster. Maybe even the weather was different because the date of flight 51L would be different or maybe that launch didn’t exist at all. Or just maybe the Challenger was never built in the first place.  Okay, now my backstory is larger than my post… damn.