Meanwhile, in an alternate universe… (9)

Skylab module 2014-021B has been launched completing the Space Station.

The Skylab Space Station now has the size of two football fields and is visible from earth. The original module 1973-027A is going to be decommissioned and will be send back to earth by shuttle. 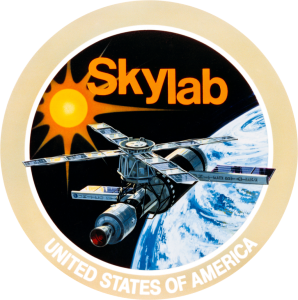 If the additional plans for Skylab would have happened, and the Space Shuttle project would’ve finished on schedule, Skylab would’ve continued to at least the mid ’80s. Picking things up from there onward could’ve changed everything. Maybe even expanding things further into a very large Space Station. (A US-only station ,not like the ISS)